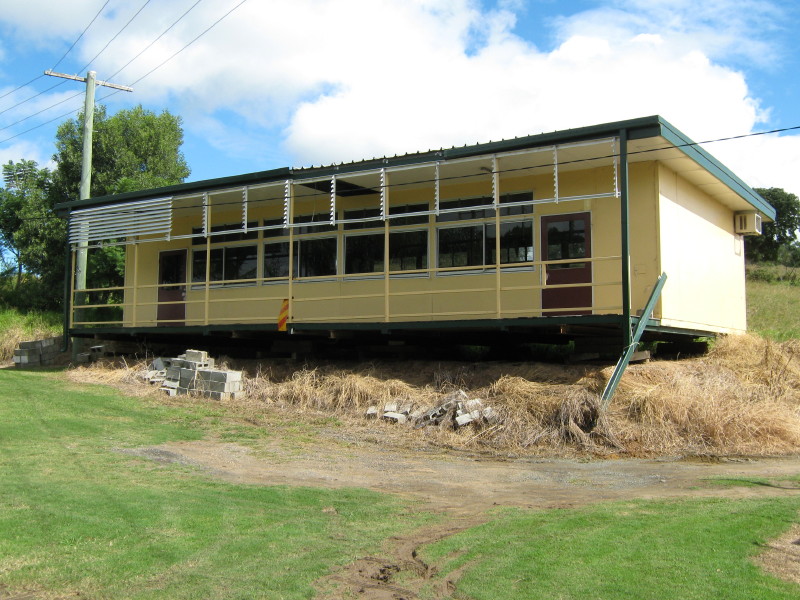 This is the building, which will serve as Stage 1 of the Ken Rogers Memorial Library (KRML).  Located at Kunkala Station on the Rosewood Railway, planning is well advanced to commence work on the foundations, as well as the internal fit out.

KRML has been an integral part of the ARHS Queensland Division, since 1957.  The library contains an extensive, rare and priceless collection of books, images, literature, plans, drawings and relics on Queensland, Australia, and other world railways.

When the building is complete, the library will be open to provide a valuable resource to the visiting public and railway historians alike, free of charge, although there are charges for copying material.

Completion costs are expected to be in the region of $75,000.  Donations are always welcome, and are fully tax deductible.  Please send these to:

The theme of the 2012 display was THE SYDNEY MAIL, which ran between Brisbane and Wallangarra until well into the latter half of the 20th century.  The locomotive and parlour car models are made almost entirely of wood in the 1930’s by Mr. McKennariey.  The locomotive is the Sir Wm MacGregor, Class CC19, Number 693.

The Parlour Car with the end platform is Number 1049 one of the New Main Line Corridor Train cars built in the early 1920’s.  KRML will not be exhibiting at the 2013 Brisbane Model Train Show because of space limitations.